Bosnia Is Heading Toward Another Meltdown 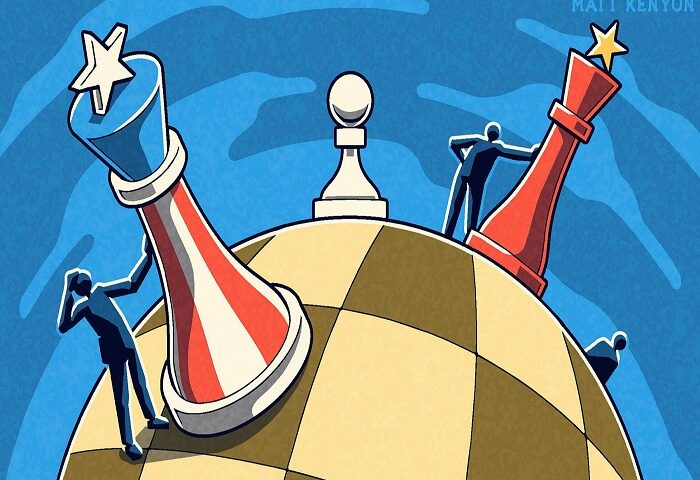 Although Bosnia and Herzegovina has avoided full-scale war since 1995, the country has never been closer to another ethnic crisis than it is today. Russia, driven by European Union- and NATO-related insecurities, is stoking Bosnia’s ethnic divisions while a complacent EU watches on as Bosnia is pushed closer to the brink. It is time for the United States to step in, rather than wait for a catastrophic denouement to these dangerous developments.

Bosnia’s significance to Western powers and to Russia stems from the same fact: The country is located squarely at the intersection of NATO and Russian influence. The West recognizes some of the potential Bosnia could have if it were brought into the NATO bloc but seems not to understand the ramifications of the country slipping into Kremlin-induced disarray. For its part, Russia is just being consistent: Just as it unsuccessfully attempted to prevent Montenegro and North Macedonia from joining NATO, so too is it trying to halt Bosnian aspirations toward the same goal.

Although Russia publicly insists on the principle of noninterference in internal affairs, the Kremlin recently openly threatened Bosnia over its bid to join NATO. Within Bosnia, the Serbian member of Bosnia’s presidency, Milorad Dodik, who was sanctioned by the United States in January 2017, has worked diligently with Russian officials to disrupt, degrade, and malign Bosnian democracy. For several years, he has called for Bosnia’s Serb-majority entity to secede from Bosnia and merge with Serbia, realizing the nationalist dream of a “Greater Serbia.” Naturally, Russia denied any meddling in the 2018 elections in Bosnia. Dodik accused the United States of doing so instead.

But it isn’t just Bosnia’s Serbs whom Russia is trying to influence. Since the Dayton Agreement ended the Bosnian War in 1995, the country has been held together by a delicate balance of two political blocs—the Serb-run Republika Srpska and the Bosniak-majority Federation of Bosnia and Herzegovina. But in a repudiation of Dayton, Bosnian Croats have been insisting on having their own political bloc. Creating a Croat political entity would splinter the country further, weakening an already weak state government.

Naturally, Russia has actively supported Croat claims of discrimination and their demands for a third administrative entity for many years. Dragan Covic, a former member of Bosnia’s presidency and the current leader of the nationalist Croatian Democratic Union political party, continues to court Russian officials, who have long supported the creation of a third entity and opposed Bosnia’s NATO membership.

These issues heated up even further recently when a controversial document known as the “Balkan non-paper” surfaced. The document, which is suspected to have originated from the office of Slovenian Prime Minister Janez Jansa—another close ally of Russia—further indicates foreign machinations to redraw Bosnia’s administrative borders along ethnic lines, along with the Balkans more broadly. The mysterious memo suggests that Republika Srpska break away from Bosnia, that Kosovo and Albania unify, and that Kosovo and Serbia ink a land swap deal.

Despite such flagrant instances of Russian meddling and the U.S. State Department’s recent report emphasizing Russia’s malign operations in Bosnia, Johann Sattler, the EU’s ambassador to Bosnia, recently stated that he had not noticed an increase in Russian influence there. Former German Agriculture Minister Christian Schmidt has just been elected to lead the Office of the High Representative (OHR), the international body that oversees the implementation of the peace agreement that ended the Bosnian War. Should Schmidt fail, Russia will be cheering him on.

And in the meantime, ignoring the problem will make it worse. For Washington’s part, it should especially beware of efforts by Covic and Dodik, who have threatened to not participate in future elections without electoral reform to their liking, to delegitimize democracy. Covic and Dodik have instrumentalized a controversial 2016 decision by the country’s Constitutional Court that called for changes in the federation’s election law governing how the House of Peoples, the upper house of the Bosnian Parliament, is elected from its 10 cantons. The court determined that the current elected representation of Bosniaks, Croats, and Serbs was “inconsistent” with the principle of equality contained in the Bosnian Constitution. This decision came after the 2009 Sejdic-Finci judgment rendered by the European Court of Human Rights, which found that the constitution discriminates against citizens who are not a member of the majority ethnic groups (Bosniak, Serb, or Croat), prohibiting them from seeking higher office in the presidency or House of Peoples.

In this context, U.S. Secretary of State Antony Blinken’s first communication to the Bosnian government touched on these related constitutional reforms, including the economic and anti-corruption agenda that the Biden administration has committed to in partnership with the Bosnian government going forward. What this modest commitment will realize remains to be seen. The EU court decision requires constitutional amendments, and whatever the Americans are offering, as advised by Blinken in a March letter to the Bosnian presidency, could be played by the nationalists resulting in a less democratic Bosnia, with options such as the indirect election of the triumvirate presidency from within Parliament, cementing the power of the nationalist political parties.

U.S. President Joe Biden, who has considerable experience in the Balkans from the 1990s, should push the rest of his administration to pick up the mantle of backing democracy in the Western Balkans once again. First, building on its stated support for Bosnia in pursuing “reforms that will enable it to prosper and secure EU candidate status,” the United States should continue its efforts to rapidly advance the country’s membership in NATO. Bosnia and NATO have already demonstrated success in a range of initiatives, including joint military exercises.

Second, the United States and EU should jointly investigate direct and indirect Russian meddling, calling it out for what it is and supporting Bosnia’s efforts to maintain its sovereignty against hostile forces.

Third, the upcoming G-7 meeting in June should be used as an opportunity for side meetings between the United States, Germany, and the EU to begin discussions on a strategy to advance democracy in Bosnia through the auspices of the OHR. The role of deputy high representative is filled by Americans, and this is a good time to bring in new staff to advance any agreed-on strategy. The United States and Germany should maintain close contact and can leverage Biden’s planned Summit for Democracy as a platform for public discussion on this fully cooked strategy and process.

The EU in particular should openly address the question of the Slovenian government’s rumored bid to redraw Bosnia’s administrative borders and, pending the results of its investigation, call into question Slovenia’s rotation as president of the Council of the European Union, which begins on July 1.

Bosnia need not descend back into the chaos it experienced in the 1990s, and Western powers have clear, actionable steps to keep it from doing so. As the country works to enact the necessary reforms, as well as join NATO and the EU, Russia’s bid to rend its social fabric is best answered by doubling down on the more positive, pro-democracy trends in the country. Failing to act, as the EU is currently doing, is to invite turmoil.